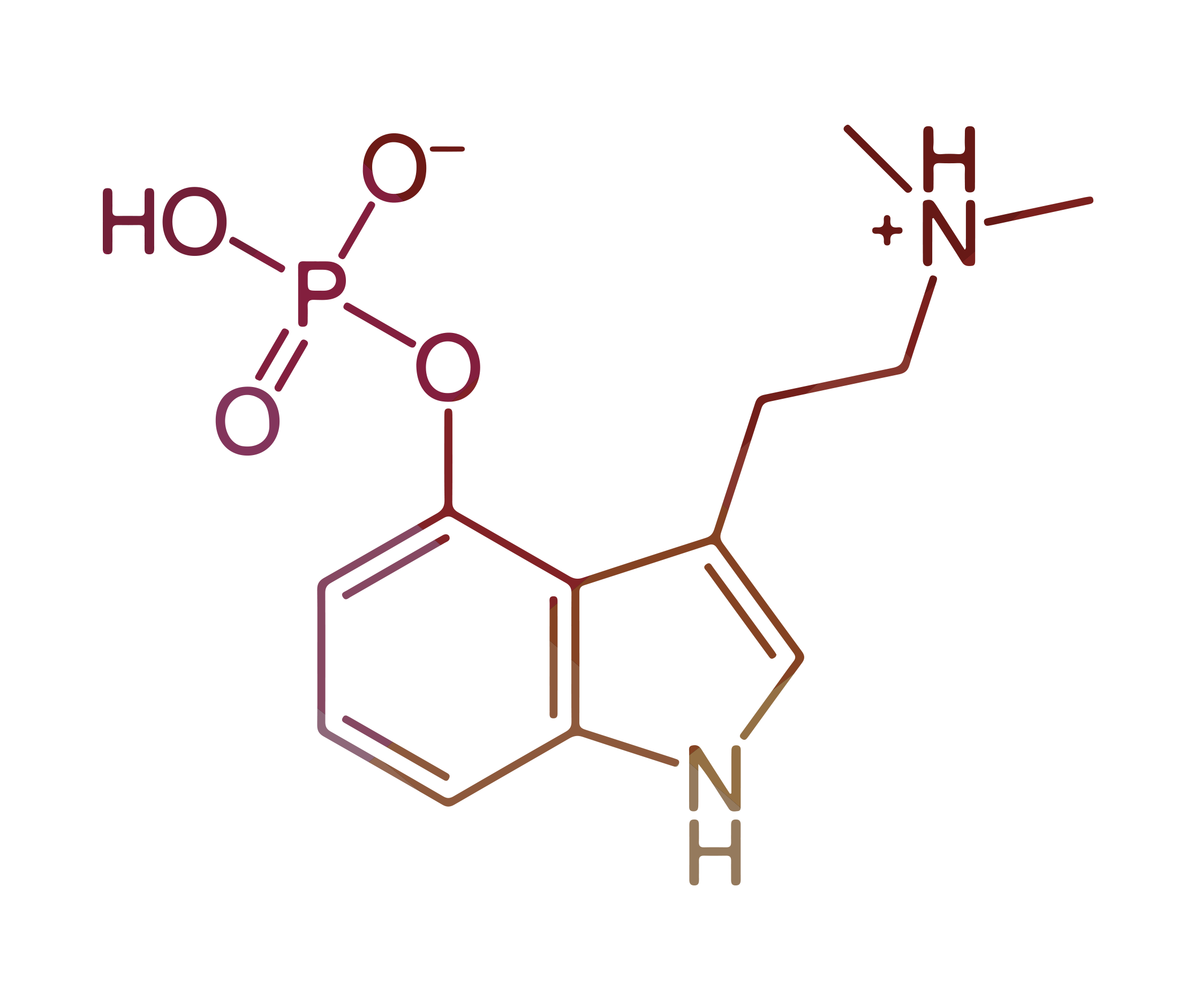 Psilocybin is a compound found in psilocybin mushrooms (also popularly called “shrooms” or “magic mushrooms”). When consumed, this compound creates a psychedelic experience, hence the magical association. Psilocybin is one of many naturally occurring psychotropic plants, like peyote, ergot, and morning glory. Modern scientific investigation has demonstrated the recreational, therapeutic, and spiritual effects of this compound. At least 180 psilocybin mushrooms have been identified worldwide, many with an important cultural significance among indigenous communities.

HISTORY & SHAMANIC USE OF PSYCHEDELIC MUSHROOMS

Archaeologists have discovered evidence of psychedelic mushroom use dating back millennia. From statues, cave paintings, oral histories, and other representations, experts believe humans have worked with magic mushrooms for at least 11,000 years.

Although magic mushrooms were an integral aspect of many shamanic practices around the world, the developed world didn’t stumble on to their psychedelic properties until R. Gordon Wasson traveled to Oaxaca, Mexico in 1955. As a mycologist, he studied the traditional use of fungi by the local Mazatec community. He both documented and participated in a shamanic ceremony that used magic mushrooms. In 1957, Life Magazine published his now-famous story of this experience, “Seeking the Magic Mushroom.”

Since Wasson introduced the modern world to the magic mushroom so many decades ago, this fantastic fungi has experienced several transformations. First, it received widespread attention from scientific circles and recreational experimentalists. Second, it received intense backlash from federal agencies in an attempt to restrict its use. Finally, magic mushrooms are experiencing a comeback, especially in terms of their therapeutic potential. Today, several places have taken psychedelic mushrooms off of controlled substance schedules, and there are dozens of clinical trials underway exploring their vast medicinal potential.

As researchers explore magic mushrooms in a modern scientific setting, they begin to uncover almost miraculous benefits for health and wellbeing. There is a growing consensus that many benefits stem from psilocybin’s ability to reset the brain’s control system, called the Default Mode Network.

Scientists have captured the neurological effects of psilocybin using brain scans. These images paint a compelling picture of how mushrooms increase neuroplasticity, form new connections, and turn the brain into an interconnected web of thought and activity. Although this is a relatively new area of study, scientists believe magic mushrooms help create new neurological connections while reorganizing problematic ones.

With its ability to safely revamp neurological activity for long-lasting results, psilocybin is under clinical investigation for many chronic mental health conditions, like anxiety, depression, PTSD, OCD, and more. 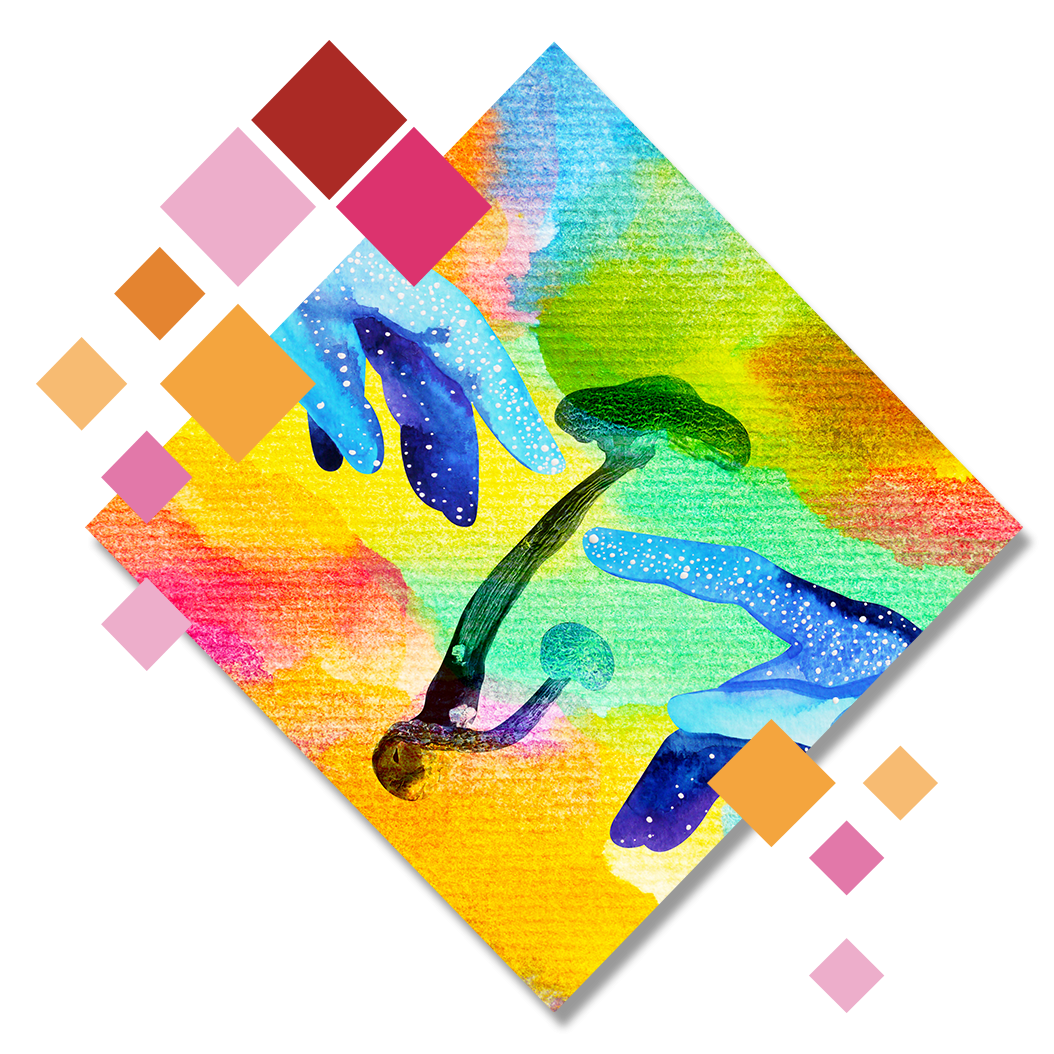 The benefits of magic mushrooms fall on a spectrum, starting with benefits to general wellbeing and ending in powerful therapeutic breakthroughs.

When it comes to the benefits to wellbeing, psilocybin is a driver for personal growth. In the hours, days, and weeks following a magic mushroom journey, people feel capable of overcoming challenges, moving through past trauma, and pushing through mental health issues. Even microdosing can stimulate clearer focus, positive changes to mood, and boost creativity.

On the therapeutic end of the spectrum, there are dozens of clinical trials underway examining the potential of psilocybin for mental health applications. Several of these studies, either in the recruitment phase or already underway, are exploring psilocybin for major depressive disorder, anorexia nervosa, obsessive-compulsive disorder, among other targets. Completed clinical studies have found immense benefits for alleviating fear and anxiety associated with a terminal diagnosis, spiritual practice, and changes to mood.

WHAT TO EXPECT FROM A MAGIC MUSHROOM EXPERIENCE & DOSING GUIDE

What does a psychedelic mushroom experience feel like? It largely depends on dose size, broken down into four loose categories: microdose, standard dose, therapeutic dose, and heroic dose.

In all cases, you can expect three distinct effects: visual, emotional, and physical.

0.05 to 0.25 grams
A microdose is the smallest possible dose and used primarily for therapeutic purposes targeting general wellbeing. For most people, the goal of microdosing psilocybin is not to experience the psychedelic trip, but solely to reap the therapeutic benefits. A starting microdose is roughly 0.05 to 0.25 grams of psilocybin (each person will have their own tolerance level). You should not expect any visuals or physical effects from a microdose. However, you may experience heightened senses, emotions, or a feeling of introspection. These effects may only become apparent the following day.

This is the typical suggested dose for recreational tripping and as a starter therapeutic target. Expect elevated emotions, introspective periods, and an altered psychological state of being are often likened to a dreamlike state.

This standard dose will seemingly disrupt the passage of time, stimulate mild visuals, and sometimes lead to synesthesia. Commonly reported visuals include halos, geometric patterns, tracers, breathing, and vivid colours. You may also feel intense emotions, both good and bad, which may lead to a growing sense of acceptance, calmness, and connection to those around you and/or nature.

A therapeutic dose starts at roughly two grams, and is when a true psychedelic experience begins. This includes visual hallucinations, physical effects, and often lifechanging breakthroughs. Trip sitters and space holders may be necessary at this dose, depending on the purpose.

All the common effects of a standard dose also happen with a therapeutic dose, but with much more intensity. Although you will be aware of your surroundings, a therapeutic dose can become overwhelming. Expect powerful introspection, philosophical thoughts, waves of sensations (good and bad), visuals, and difficulty with cognitive tasks.

A therapeutic trip typically lasts between four to six hours, with the peak around two hours in. Benefits may last days, weeks, or months later.

Best suited to those working with an experienced healer, psychiatrist, or space holder, a heroic dose is a powerful spiritual journey. A heroic dose creates overwhelming sensations, strong visualizations, and can have life long impact. Common experiences include ego death, feelings of mystical wonder, connection to the divine, and lifechanging breakthroughs. Side effects may include disorientation, confusing visualizations, acute anxiety or fear, and compromised motor functions.

A therapeutic trip typically lasts for at least six hours, with the peak around two to three hours in. Benefits may last weeks, months, or years later.

As with all medicine, natural or pharmaceutical, magic mushrooms may have adverse side effects. With that caveat out of the way, psilocybin mushrooms are the least concerning drug as detailed in “Drug harms in the UK: a multicriteria decision analysis” by David Nutt in The Lancet in 2010. According to Nutt’s assessment, mushrooms cause the least amount of harm to the individual user, people around the user, and society at large.

When side effects do occur, what can you expect? The most commonly reported side effects are short-lived, lasting on for the duration of the trip. These may include nausea, vomiting, as well as periods of fear and anxiety. Larger doses may intensify these experiences, and in some cases, result in what is commonly called a “Bad Trip.” Careful attention to set and setting is a useful way to reduce the risk of these side effects.